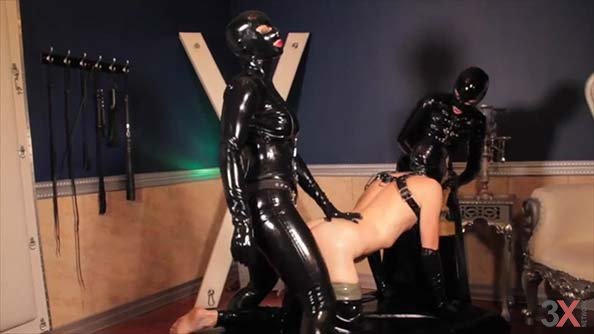 Link does not work? Click and tell!
Become a premium member and get advanced features: 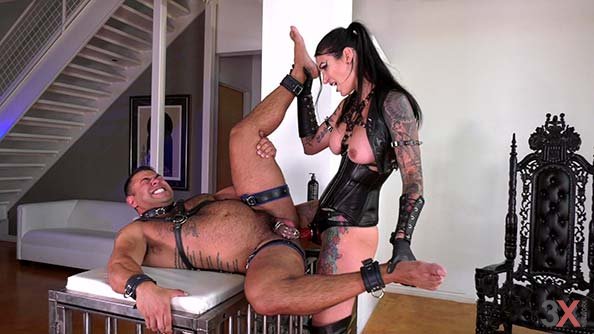 Description video:
Cybill Troy loves to push limits, to enable & encourage more and more to be given for her by her devoted pets. That is exactly what she wants from her gimp today. To test him, push him past what he believes his limits are, to the place she knows he can go.

Miss Troy has invited another Mistress, her good friend Miss Untamed along to enjoy the fun & partake in this test of her gimp.

With both Mistresses fully & beautifully terrifying attired, in full latex & hoods the gimp doesn't stand a chance. Outnumbered & obviously overpowered, the gimp is told exactly what is to become of him today, whilst being dosed, slapped & gagged by both Mistresses. He is to be hollowed out.

Before her gimp can even start to comprehend the predicament he's in, Cybill Troy has his legs in the air, for a merciless, firm & deep fucking from her red man-o-war. With his legs held back by Miss untamed the gimp chokes on the strap on of Miss Untamed while being ass pummelled.

The two Mistresses take it in turns to fuck this lucky gimp, hard & deep. All the while, dosing him & raining down a cascade of hard slaps and their spit on their fuck-toy.

Just when the gimp thinks its over Cybill Troy, increases the level of hollowing out by making her gimp into her hand puppet as he's forced to deep throat Miss Untamed's red probing cock. Switching ends yet again, Miss Troy chokes, doses & slaps the soul out of her as he is fucked into the ground by Miss Untamed & her relentless ass attack.

Absolutely out of breath & reeling from the double onslaught the gimp can only submit & trust that his Mistress & her companion will be satisfied before he expires.

Miss Troy & Miss Untamed will be satisfied but only after another round of utterly relentless puppetry & subjugation has been achieved. 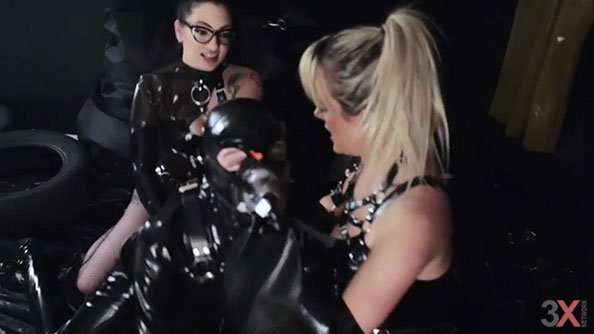 How Deep Is Your Love? ...LUNG DEEP - Cybill Troy